aruṇācala kavirāyar makes what would sound rather bold a statement in his introduction to kuṛaḷ vacanam. "Old commentaries focused on grammar and literary wealth but not on dharma etc for laity". 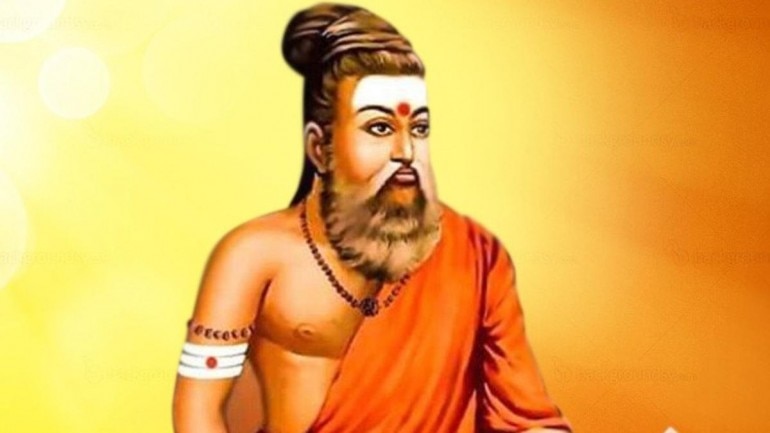 If taken in isolation, this would project a different image. An image that maṇakkuḍavar, kāliṅgar, and the rest did not look at the text in such a manner in history is bound to come up. [1]

But, a cursory look at the foreword to the work by stalwarts like u. vē. svāminātha aiyar, rāghavaigaṅgār, yāẓppāṇaṃ kumārasvāmi piḷḷai and others would clarify the statement. Their remark - "following close on parimēlaẓakar's lines", does stand as a lighthouse in this regard.

Be that as it may, the general consideration of kuṛaḷ sways between two inordinate extremes of all or none. kavirāyar's words and the context from forewords, crystallizes something of importance. Commentaries beside parimēlaẓakar's do not focus as much on dharmārthakāmamokṣa is a point to note.

Now, the counter point to this consideration is the presence of a jaina commentary by maṇakkuḍavar. That it is also the earliest extant commentary on muppāl, would introduce a two fold rejection of the thesis.

First, the view muppāl allies with vaidika texts and not jaina-bauddha-other śramaṇa systems'. Second, being muppāl and focusing only the first three of the four limbs of order in dharmārthakāmamokṣa.

While they seem valid on the surface, they're rejected by saṅkam literature themselves. tiruvaḷḷuvamālai with two specific verses, rejects each of these. ukkirapperuvaẓutiyār's [2], and māmūlanār's [3] verses are clear testaments to the same.

With that does one consider it a text focused on dharmārthakāmamokṣa then? I for one have an agreement with a caveat. The explicit nature and or discussion of mokṣa as a puruṣārtha missing vis à vis the other three, it is a starter work. It is one, if one may, for those who are not yet focused enough on the fourth. As a doting mother would, this text intersperses the fourth amidst the three others. Given how tall an ask it is for most given how Maslow's hierarchy is set up in any environment, this makes sense to.

This aside, I stumbled on śrī maṇiyan ji's speech on why muppāl is not a ulakappotumaṛai which I am yet to finish. That was also the starting point for this entire note since I had a minor disagreement on his take. So, once I am done with it and I am able to gather the entirety, I'd follow up. I do consider it fit as ulakappotumaṛai, but that's in contrast with how common usage of the words.

[1] - Modern western views by the likes of Norman Cutler, Kamil Zvelebil were I presume, the second wave. A wave of "free interpretations for an alternative narrative's sake" did derail contexts. Beside the earlier culprit of Pope, who was the first wave of error prone work.

[3] "aṛaṃ poruḷ inpam vīdennum annānkin". The deva) having learned well the constituents of aṛam (dharma), poruḷ (artha), inpam (kāma), and mokṣa (vīḍu), expressed them in the text. As a side note, the word vīḍu to denote mokṣa (liberation doesn't do justice) is an interesting literary vehicle. I would try to dissect sometime, when time permits